The model T is the car that initiated mass production into the car industry. Technically, it wasn’t a bad car, but Henry Ford’s classic line “Any customer can have a car painted any color that he wants so long as it is black” has been credited with the rise of some of the General Motors brands. The vehicle wasn’t bad, it actually ushered in an area of wide automobile ownership, but it probably wasn’t the best marketing strategy. For that, we’re going to give it low marks.

Ford launched a new division in September of 1957, and introduced one of the weirdest looking cars in American history. The infamous “horse-collar” shaped grille (some even described it as a toilet seat) on the car is probably one of the reasons the public rejected the car. Hyped by Ford as expecting to build 200,000 copies of the car, in actuality they only built 63,000. Other strange aspects of the car, including an awkward pushbutton transmission controlled from the hub of the steering wheel and a speedometer that glowed when reaching a particular speed, led to its demise. Ford fashioned a quick makeover by the time the next model was released, but the car line only lasted into the first month after the third model year. According to Wikipedia, “The Ford Motor Company lost millions of dollars on the Edsel’s development, manufacturing and marketing. The very word ‘Edsel’ became a popular symbol for failure.”

The Pinto was a subcompact car introduced by Ford on September 11, 1970, and produced from 1971 to 1980 during the height of the Arab Oil Embargo and 1970’s energy crisis. Developed to compete with the onslaught of Japanese imports pouring into the US auto market, it was initially equipped with a 2.3 litre inline four-cylinder engine, definitely a unique engine size for American cars as the time. Unfortunately for Ford, the Pinto was found to tend to… explode during a rear impact due to its faulty gas tank, and coupled with the dangerous Firestone 500 tires the car was equipped with, developed a reputation as a deathtrap. Wikipedia cites the Pinto on Forbes magazine’s list of Worst Cars of All Time. In 2009, Business Week named the Pinto in their list of the Ugliest Cars of the Past 50 Years. Kudos! Even I owned a lovely 1979 Pinto wagon equipped with a big V-8 with a voracious appetite for gasoline and a bigger one for oil (that car was dubbed the “Exxon Valdez” by a friend). The Pinto was replaced by the Escort as their marquee economy car after 1980.

A result of the 1970’s federal government push to achieve higher gas mileage, and resembling a distended and extended Pinto, the Mustang II suffered from a weak engine, was not very well made, and simply couldn’t compete against its rival pony car the Chevy Camaro. As a matter of fact, Ford used parts from the 1971-era Pinto as the basis for the Mustang II. To add insult to injury, Ford added partial vinyl roofs and tacky ‘opera’ windows from its Ghia (remember the VW Karmann Ghia) line in Italy. Fortunately, Ford recovered and produced the Mustang II King Cobra in 1978 to prevent memories of the model as going down in history as one of the brand’s worst.

Ford isn’t alone in producing some truly awful vehicles over the years. In their defense, the 70’s was a horrible decade for US auto manufacturers, with everyone scrambling to meet the new EPA’s fuel efficiency standards and dealing with the onslaught of the Japanese auto invasion.

Ford has recovered nicely with their introduction of the next generation Mustang in 2003; and with the always popular, industry-leading F-150 pickup. And Ford was able to avoid the industry shakeup in 2009 that led to a government takeover of General Motors and Chrysler. Let’s hope they don’t introduce any new atrocious models anytime soon.

Leave a reply Click here to cancel the reply 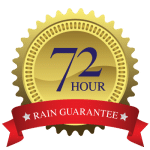